This is a mobile home friendly lot with plenty of greenspace all around. Power lines run along Freeman Way which runs along the North side of the property. This is a nice flat property with a good mix of clear green spaces and trees. This property is located in an established residential area, however, because it is outside of Redding city limits, sewer and waterlines are not supplied by the city. This is a great area for people who like a rural feel but don’t want to be totally off the grid.

This 0.30-acre property is located just minutes from the Sacramento River near Cottonwood, California. This property is located in a smaller residential community at 19783 Indian Creek Drive towards the end of a cul-de-sac. Residents enjoy recrea...

ORIGINAL PRICE: $8,900! Halfway between Oregon and Sacramento is the deal you’ve been waiting for! At a spacious 13,068 sq. ft. of usable land, this property has it all. 22 miles from Shasta and Redding with Black Butte Mountain a convenient 12... 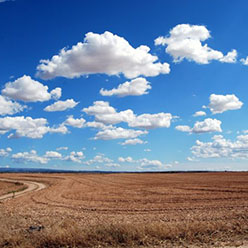 Buying land should be a moment to celebrate. And when you go through reputable companies like (ahem) LandCentral, the process is often smooth and painless. But that doesn't mean you should buy land with your eyes closed. Since we're experts on the...