This property is on the Big Island, only about a 40 minute drive from Hilo. It is in a quiet rural area with scattered homes and plenty of green space. Hawaiian Beaches park is two blocks away, and the beach at Kahakai Park is less than a two mile drive from this land. There are power and water utilities in the area. 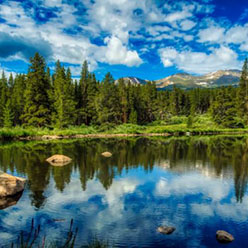