Experience small town living on historic lands! This flat, grassy lot is located on Caldwell Street within the vibrant town of Newberry. The plot is found in a residential neighborhood with a paved road leading in, utilities already available and a delightful church across the street. The larger city of Columbia is 52 miles away. Area residents enjoy outdoor recreation in the surrounding countryside as well as a small-town pace of life. Ready to settle down? Then this is the place!

This beautiful piece of land is located in a charming neighborhood and ideal for families just starting out. Zoned for Agriculture Conservation, this single-family lot is 31,798 sq. ft. with plenty of space to grow and maintain the natural land. F...

This large property measures almost 3 acres in size. It is flat, open land with a few trees around the edges. A paved road curves around the Southwest quarter with a dirt road running all along the West side, so access is excellent. There is al... 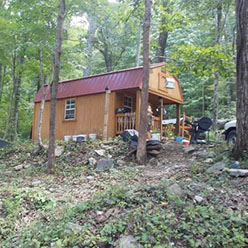