This tree-covered lot is over half an acre in size, and located on a good paved road with power lines located only one lot away. The St. Johns River is less than a quarter mile from this property. The town of Bostwick is less than a 10 minute drive away, and it is just over an hour to Gainesville.

Just 20 miles from the coast is the land of your dreams. This 10,018 sq. ft. parcel is located in the up-and-coming area just south of Citrus Springs. Conveniently surrounded by small Florida towns: Citrus Hills, Inverness, and Lecanto. This flat ... 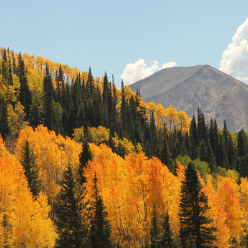 Costilla County is one of Colorado’s best kept secrets. It has stunning views of mountains and valleys, wonderful seasons, outdoor recreation, and wide-open spaces. Charming towns are speckled throughout, and the wildlife is aplenty. It also has...