This three quarter acre lot is in a nicely developed area of Lancaster, a town full of history and exciting events. Known as the “Red Rose City” because the red rose was the emblem of the House of Lancaster during England’s War of Roses and that is where the name came from. There are multiple historic parks and community attractions in the area including the Andrew Jackson State Park which holds many of the events year round. The area has many locally grown farmer’s markets open for quality produce, honey, molasses, and more. During the month of June they also hold a tour each weekend of the local farms in which you can see where your food comes from and enjoy music and art from residents in the area while you learn more about the rural lifestyle of this perfect little town.

This is a rare opportunity to purchase mixed use property in the City of Columbia, the State Capital of South Carolina! The lot is generously sized at over half an acre and the location just off of the main highway is great if you are planning to ... 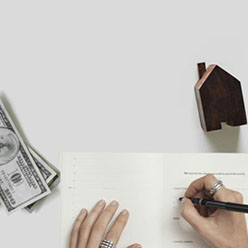 Foreclosed land is one of the best kept secrets in real estate investing. It's a strategy that new and seasoned investors can use to make a lot of money fast. And who doesn't want that? But before you dive head first into the land of foreclosures,...