Welcome to the home of blues, soul, and rock-n-roll. This quarter acre parcel is 10,890 sq. ft. of pure southern land. A corner lot in a beautiful neighborhood. The property is mostly flat with power available and conveniently located near the HWY. Found within the cities of Oakville and Memphis. From civil war sites to legendary landmarks, you’ll find it all with this amazing deal! 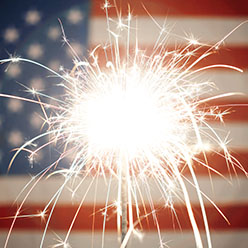 Barbecues, Fireworks, and Property to enjoy it on Picture this - your perfect property and your dream home. Now add family and friends and a grill, along with some sparklers and lemonade. Now that's the 4th of July LandCentral-style! We can help...